Hi Everyone! Sorry for the lack of posts last week. I was going through a lot of personal stuff so the blog had to take a backseat for a little bit. But I’m back and so excited to share my trip to New York with you. 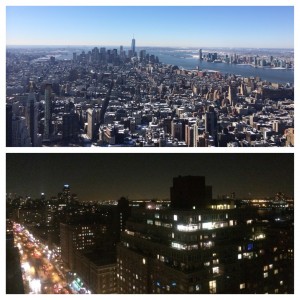 I was really excited to go to New York with Geoffrey because it was a place I had always wanted to go to, but never had the chance. It rained a bit while we were there so we spent the rainy days checking out the museums. We decided to stop by the Museum of Natural History, MOMA, The Met, and the Guggenheim. Though I loved them all, my favourites had to be the Museum of Natural History and the Met. The ocean animal display at the Natural History Museum was absolutely amazing! We also made sure to see the T-Rex (Rexy) and the Easter Island head because those were my favourite parts from Night At The Museum and I had to see them in person.

I HIGHLY suggest stopping by the Met if you are in New York. They had a reconstruction of an Egyptian Tomb which was just incredible, and their collection of medieval armour, and greek and roman artifacts are just breathtaking. I also loved the renaissance section that had beautiful inlayed furniture and stain glass windows. This museum would honestly take a few days to go through completely, but you can use the map to find the main sections you’re interested in. 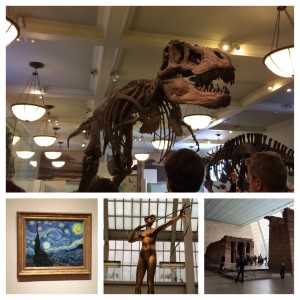 As expected, we had to see at least one show on Broadway while we were in New York. We ended up getting tickets for Newsies and Wicked. They were absolutely wonderful shows and I would definitely see them again (Geoffrey says Wicked was the best though). And just as a side note, it is unbelievable how bright Times Square is at night (it’s as bright as daytime down there). We also went to see a Lego exhibit that was just off Times Square (and do a bit of shopping). It was absolutely insane! I couldn’t believe the things that this guy could create with Lego. I included two pictures from the exhibit below. It also gave us the chance to pop by the massive Toys-R-Us, the M&M store, the Hershey’s store, and the Nintendo store. It was just fun to walk around the places and see all the cool stuff they had available. 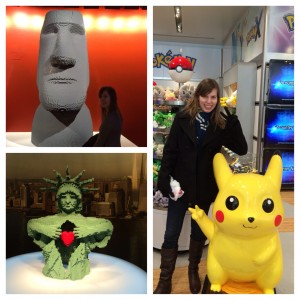 When the sun finally decided to come out we ventured to Central Park. It was so beautiful and I honestly wish it would have been nicer out so we could have spent some more time there. I think we will try to come back again sometime when it isn’t so icy and snow covered. We also took the Staten Island ferry and went up the Empire State building. We honestly had so much fun that week and we can’t wait to go back again! 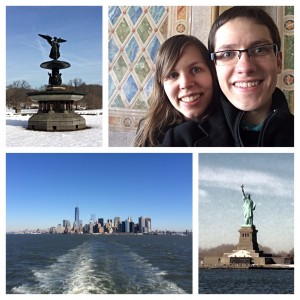 Yup this actually deserved it’s own section. The food in New York was AMAZING! I thought I’d just suggest some great places that we ate at.

Shake Shack- Their malted milkshakes and shack burgers are really good and I kinda wish there was one in Alberta.

Good Enough To Eat- They have really good breakfast food. The french toast and banana pancakes were delicious! They also have real maple syrup instead of the fake stuff.

Magnolia Bakery- Their cupcakes are some of the best I’ve ever had. We ended up bringing a bunch with us to eat later. They’re all good, but pistachio and the banana caramel cupcakes are fantastic.

Levain Bakery- Their cookies are massive! Get their cookies! The peanut-butter chocolate and the chocolate-chip walnut cookies are delicious. They’re also really good if you bring them home and microwave them.

Bar Americain- This is a higher end/more expensive restaurant, but the food is delicious. Also the pistachio crème brûlée is great.