Hello once again everyone! Sorry for the lack of activity the past week or so. Everything has become a scramble with finals almost here and other things coming up. Don’t worry, all will be revealed soon! Anyhow, I had a chance to see the Maze Runner movie earlier this month and thought I would give my review on it since I’ve read the book. Please remember everyone is entitled to their own opinion, this just happens to be mine. And don’t worry there won’t be any spoilers. 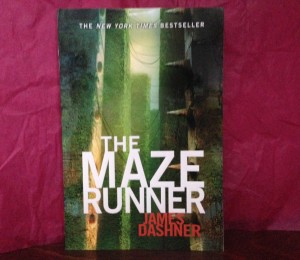 To start, the general storyline of the book was kept through the movie. There weren’t any earth-shattering deviations from the book, but there were some large changes. Though I was a bit surprised with some of the changes they made, I always have to remind myself that the movie is an adaption of the book, not the book in its entirety. Though I thought some of their interpretations of things in the maze were a bit different than what I had in my mind, all-in-all they did a good job and had a great cast.