Since Mario Kart 8 is releasing this summer, I thought I’d do a review on Mario Kart 7 for 3DS. I originally started playing Mario Kart on the Wii many years ago. When my husband and I were dating and living on opposite ends of the country, we would arrange times to play Mario Kart against each other online. It was just a lot of fun and the game brings back all these good memories. When I found out they made Mario Kart for 3DS I decided to get it because it had been quite some time since I had played that game, and we never got a Wii when we moved in together. 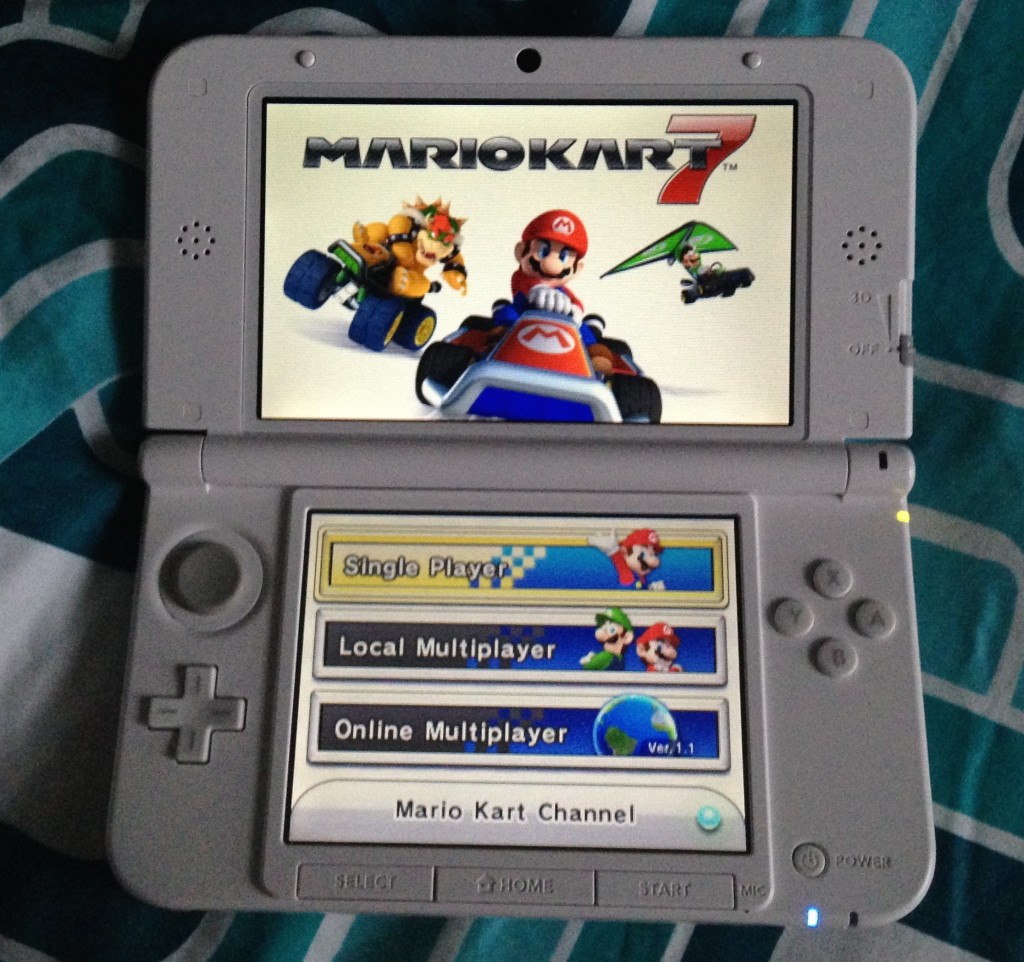 I could have reviewed this game months ago, but I wanted to really get into it and try out all the features before giving a final verdict on the game. This game has 8 different cups you can race for in easy (50cc), medium (100cc), and hard (150cc) difficulties. You can also play multiplayer with another person in the room, or online. There are also time trials where you can work to beat your own score, and two different “mini games” where you either try to pop balloons on other cars or collect the most coins during the given time period.

The one thing I really liked about this Mario Kart was how half the cups were actually tracks from previous versions of Mario Kart. Though the new tracks are always interesting to drive, it was lots of fun getting to play tracks that were on the Wii, SNES, etc. versions. I also found this Mario Kart had great multiplayer and worked well when I was playing online or with a friend in the room. There was no noticeable lag or freezing during the game which really made the multiplayer enjoyable. However, I found the controls a bit annoying at first. I was very used to using the steering wheel for the Wii game so controlling the car with the circle pad took some practice. I also don’t really like how you have to hold down the ‘A’ button the entire time for acceleration. Though it makes sense to use the ‘A’ button for acceleration, I find my hand gets sore/tired really quickly from having my thumb jammed down on the button the entire time. Other than the controls, which take some getting used to, this is a pretty good Mario Kart for on-the-go (However, I still slightly prefer the Wii version just because of the ease of the controls).

Now as you may have figured out, I tend to sway towards handheld gaming consoles. This is partially because they’re easy to carry around, and partially because I never had the larger consoles when I was younger. However, this all changed the Christmas my parents got my sister and I an Xbox. Since I had more of a preference for Nintendo games, it was hard for me to initially find games that I would enjoy. I don’t really like first-person shooter games, and I was not interested in any of the sports games that were out. A few years after we had gotten the Xbox I realized that there were actually two games that came on the sample disk with the Xbox. And thus my love for Jet Set Radio Future began. 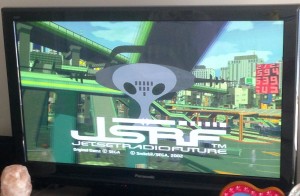 Jet Set Radio Future is a game that takes place in different locations in Japan. You are in a “gang” that travels on their rollerblades and spray paints other areas that are ruled by different gangs. You have to defeat this insane police captain and his goons in the different levels, and you face-off against other gangs by racing, playing capture the flag, or other games of that sort.

I don’t know what it is about this game, but it’s addictively fun. There are so many challenges to complete and areas to explore, it’s hard to get bored with this game. I’ve played through the game once, and it’s still fun to go back and play again. It’s very challenging to unlock some of the characters, so I’m still working on that. This game also has a great separate multiplayer mode. It’s separate from the story mode, but there are many games you can play. You can play against each other, or team up against the computer characters. Though this game can be hard to get your hands on, I highly suggest giving it a whirl. I play it on my Xbox 360 when I have time, and it doesn’t get old. 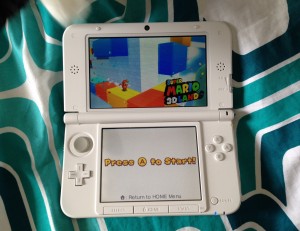 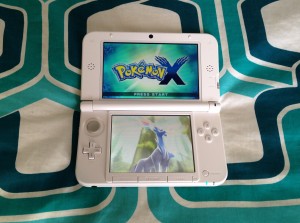