Indiana Jones: The Exhibition has been at the Telus World of Science for a few months now. I have always been a fan of Indiana Jones (barring the last movie) and I have been wanting to go see the exhibit for quite some time. This past weekend I finally had the time to check it out, and I thought I’d give my opinion on the whole exhibit. 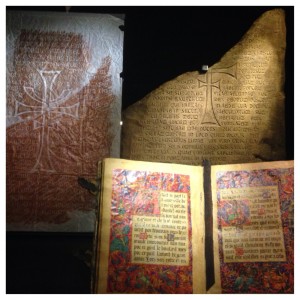 The displays in this exhibit were very well done. It was really interesting to see the treasures and costumes in real life. They also had rough sketches of the well known scenes like the rolling bolder. Seeing the thought and planning that goes into making these scenes was just incredible. 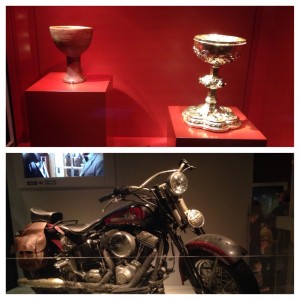 Though the display was interesting, I think they tried too hard to make this exhibit interactive. They give you tablets at the beginning to go on an archaeological quest and get information from the displays, but it just ended up being a large room with people staring at the tablets instead of the exhibit. If I wanted to do that I could have stayed at home. It seemed like they were trying to make this exhibit like the Star Wars exhibit, but failed. The exhibit is just too big and has too much digital information for it to be functional. I think they would have been better off organizing it more like the Harry Potter exhibit, where you have the option to use the interactive elements, but it isn’t forced upon you. A lot of the information could have been written on the plaques of the exhibit, but instead you were forced to watch/listen to a 1-4 minute clip on your tablet. There was too much focus on the electronic portion of the exhibit, and not enough of a focus on the actual physical displays.

This exhibit was okay, but it does have it’s negatives. In the end, I would suggest checking out the exhibit if you are a major Indiana Jones fan, but I wouldn’t focus on listening to every piece on the tablet. I also suggest to avoid going during the peak times (weekend afternoons) since you’ll just be trying to force your way through a crowd of people staring at their tablets.

I hope everyone had an amazing Valentine’s Day (and a happy family day to all my Canadian readers). Last week I decided to surprise my husband with an early Valentine’s gift. We went on Thursday night to see the Broadway tour of Beauty and the Beast at the Jubilee. 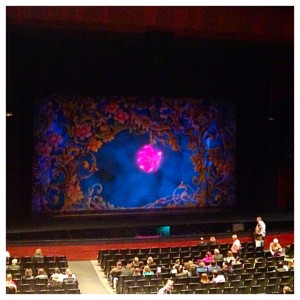 The show was simply magical. The live music and the dance numbers were incredibly well done, and the costumes and sets were so detailed and accurate. It was an incredible thing to see. The way they did the transformation of the beast at the end was simply astounding. The whole show reminded me a lot of the live Aladdin show in Disneyland. It was extremely entertaining and had a lot of extra humour injected into the performance. I couldn’t take any pictures because it was a live performance, but it was incredible. I highly suggest checking out the show if it comes to your city. If you love Disney, it’s a performance you simply won’t want to miss.

As you have probably noticed, for the last two weeks there has not been much activity on my blog. Though I’m not going to go into much detail, we had to say goodbye to our dear cat Cookie about two weeks ago. I just needed a break from blogging in order to collect myself and work through this hard time. It’s still hard coming back to a quieter house and studying/blogging without constant kitty interruptions, but I will be going back to my regular blogging schedule starting this Sunday.

Be sure to cuddle your furry friends for me!